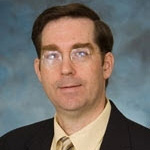 In January 2011, the U.S. Department of Health and Services (DHHS) published revised “Guidelines for the Use of Antiretroviral Agents in HIV-infected Adults and Adolescents.” They offer a number of updates on important issues, including:

Presentation:
The Role of Laboratory Assays in the Management of HIV