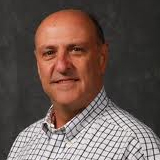 An estimated 1.5 million adults suffer from rheumatoid arthritis in the United States, with the incidence two to three times higher in women than men.1 It is a condition that significantly compromises quality of life, and can increase the risk of premature death.2

“The biggest issue for me is to recognize just how serious this disease is,” says Dr. Bergman. “People often make the mistake of dismissing it as ‘just arthritis’, which is causing some aches and stiffness, but it’s much more than that. This is a disease that has significant implications for morbidity, disabling people so they can’t work or perform functions at home and decreasing their quality of life.”

The Importance of Early Identification

Early identification is critical for effective management of rheumatoid arthritis but requires heightened awareness among both physicians and patients. “You have to be thinking about it as a possibility in the first place to take the appropriate action,” notes Dr. Bergman. “Patients often don’t take it seriously and don’t come in for care early enough. They, or their doctors, may dismiss their aches and stiffness as being due to excessive activity. People don’t appreciate that this is a serious disease, which, if not treated aggressively, becomes increasingly severe. People are at risk purely because of the chronic inflammation. So, it's critical the inflammation is controlled as quickly and as effectively as possible.”

Dr. Bergman also stresses that arthritis alone is not a diagnosis. “Arthritis simply means there is a disorder of the joints. If a patient is told they have arthritis it would be like being told they have something wrong with their heart. They should ask what kind of arthritis it is and never accept arthritis on its own as an adequate explanation.”

When making a clinical assessment certain features are suggestive of rheumatoid arthritis, explains Dr. Bergman. The first is the presence of swollen joints, especially if three or more are affected, in particular the wrist and the metacarpophalangeal(MCP) joints or large knuckles.

If the two factors above are present, a physical examination is performed and laboratory tests will be ordered. These will include the rheumatoid factor, anti-cyclic citrullinated peptide (anti-CCP), C-reactive protein (CRP) and erythrocyte sedimentation rate (ESR). These tests will not in isolation confirm a diagnosis, but in combination with a clinical assessment, a positive test or elevated levels can help confirm a diagnosis.

Similarly, imaging can help complete the picture but is not in itself definitive.“If you have RA and I don’t see anything on your X-Ray it just means you haven’t had destruction yet,” observes Dr. Bergman. “Some of the newer imaging methods, such as MRI and ultrasound, will usually show inflammation, but that doesn’t mean it’s specifically rheumatoid. Ultimately it’s a clinical diagnosis.”

When suspecting rheumatoid arthritis the primary care physician will typically refer the patient to a specialist to determine treatment. Dr Bergman stresses the importance of timely intervention. “This is an aggressive disease and it’s going to require aggressive therapy. The most rapid phase of damage is actually the first two years of disease, so you really want to get it under control as quickly as possible.”

Once a diagnosis of rheumatoid arthritis has been made, lab tests will be ordered before starting treatment and will be repeated frequently due to potential medication toxicity. These will include blood counts, liver function tests and kidney function tests. Dr. Bergman also orders Hepatitis B (HBV) and Hepatitis C (HCV) screening at the outset, since several drugs have potential toxicity in HBV and HCV patients. Some doctors also order TB testing with Quantiferon at this stage, while others may wait until treatment is underway.

Treatment usually starts with disease-modifying anti-rheumatic drugs (DMARDs), which include methotrexate (the most commonly used), sulfasalazine, hydroxychloroquine and leflunomide.  As well as monitoring drug toxicity, Dr. Bergman monitors disease activity, using a combination of clinical assessment and laboratory tests, including C-reactive protein (CRP) and erythrocyte sedimentation rate (ESR). “If patients have not had an optimal response, which is generally defined as clinical, you should become more aggressive,” he says. “The choice is to use a combination of DMARDs, or to add a biologic. Most biologics are added to a DMARD, rather than replacing it. It’s a layering approach rather than a switch.”

In looking ahead, Dr. Bergman believes the development of biologic markers offers significant potential. “This will allow me to perform a blood test to predict how a patient will respond to a particular therapy and which therapy will be most effective. It will enable me to take a more informed, individualized approach. It would be nice, for example, if I could tell a patient that based on their blood test, they’ll do fine on methotrexate. Or, conversely, that I’m going to put them on a combination of four drugs because their profile indicates they’re unlikely to respond to methotrexate. It will provide the basis for targeted therapy.”

At the same time, the field is evolving to measure disease activity more precisely with metrics. “The concept of using a metric to assess how a patient is doing is becoming the state of the art. This in turn will help us move to treating to remission, or even to the lowest disease state possible, based on objective measures.”