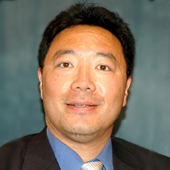 Prostate cancer is the second-leading cause of cancer death in men in the United States, accounting for nearly 30,000 deaths per year.1 Incidence of prostate cancer peaked in the early 1990s, corresponding to the increased use of PSA testing for asymptomatic men beginning at age 50. Prostate cancer death rates have declined significantly since that time - 39% from 1990 to 2006 2,3– but there has been no consensus whether screening with the PSA test has an impact.

The recently published recommendation by the U.S. Preventive Services Task Force against PSA-based screening for prostate cancer4, contradicts the guidelines established by professional organizations in the field.5,6,7,8  This has added to the debate about the role of PSA testing in asymptomatic men.

Dr. Louis Liou, Chief of Urology, Cambridge Health Alliance,reviews the issues related to PSA testing and outlines considerations for primary care physicians, when determining whether to discuss prostate cancer screening with their patients. He suggests the true dilemma for physicians is not so much whether to screen as whether to treat.

PSA isa glycoprotein encoded in humans by the kallikrein-3 (KLK3) gene. It is produced by normal and malignant epithelium in the prostate, as well as in the breast and salivary glands. When secreted into seminal fluid, PSA liquifies the gel-forming proteins in semen. PSA is present in small quantities in the serum of men with healthy prostates, but is often elevated in the presence of prostate cancer or other prostate disorders.

Most healthy men have PSA levels under 4 nanograms per milliliter (ng/mL) of blood. When prostate cancer develops, the PSA level usually goes above 4. The test is an indicator of probability - PSA is an organ-specific marker for the prostate, it is not a specific marker for cancer9. A “borderline” level of PSA indicates a 1 in 4 chance of having prostate cancer, while with a PSA of more than 10, the chance of having prostate cancer is over 50%. Furthermore, 15% of men with a PSA below 4 have been shown to have prostate cancer on biopsy.5 Limitations of the test are therefore the possibility of false positives, as well as false negatives.

In May 2012, the U.S. Preventive Services Task Force (USPSTF) issued a statement, which recommends against PSA-based screening for prostate cancer, founded on the rationale that the potential benefit does not outweigh the expected harms.4 Citing the results ofseveral large trials, it indicates that the possible benefit of screening is to help 1 man in 1,000 avoid death from prostate cancer after at least 10 years.

On the other hand, it states, the potential harms of screening include false-positive results, over-diagnosis and over-treatment. 10-12% of patients receive false positive results and will undergo biopsies, which, in addition to causing anxiety, can cause pain, bleeding or infection. Even when detected, prostate cancer is unlikely to cause a problem. However, since it is usually not possible to distinguish benign cancers from aggressive ones 90 percent of men with prostate cancer found by PSA choose to receive treatment, even though the majority would remain asymptomatic for the remainder of their life. The harms of treatment include the risk of erectile dysfunction, and urinary incontinence.

The Case for Screening

The new USPSTF recommendations contradict guidelines from professional organizations including the American Cancer Society (ACS)5, the American Society of Clinical Oncology (ASCO)6, the National Comprehensive Cancer Network (NCCN)7and the American Urological Association (AUA)8, which all recommend screening. In their response to the recommendation the AUA stated: “Until there is a better widespread test for this potentially devastating disease, the USPSTF – by disparaging the test – is doing a great disservice to the men worldwide who may benefit from the PSA test.”10

While recognizing that too many men were possibly being screened, Dr. Liou is concerned that, as a result of the USPSTFrecommendations, the “pendulum could swing back the other way” and that we will revert to screening too few men. “It’s important to keep in mind, that there are still about 30,000 people that die a year of prostate cancer,” he says. “We don’t want to go back to seeing higher rates of metastatic disease and end-stage metastatic prostate cancer.”

“The panel is saying the vast majority of men get harmed by screening, because a low grade cancer gets found and they go and get radiation or a radical prostatectomy, when they would probably never have died from that disease,” continues Dr. Liou. “I agree with that in part, but if you’re not going to screen anybody, you're basically saying we’re going to sacrifice 30,000 men a year or more. If you don’t screen the ones, who are just on the break point, you might see a higher death rate from prostate cancer. Certainly, there’s some evidence you’ll see more people presenting with metastatic disease, because that’s what happened before PSA testing.”

Dr. Liou would rather ensure the patient can make an informed decision. “I always think it is better to talk to the patient and provide them with all the relevant information, rather than not discussing it at all. It’s wrong to remove the option completely based on the view that physicians have not adequately been providing informed consent. The patient should be given the opportunity to decide.”

He acknowledges that there are no “black and white guidelines” as to when someone should be screened, since there is no consensus among experts on this. “While I would not screen everybody, I would not totally discount screening,” he stresses. “It really comes down to a physician/patient discussion. But if the general practitioner doesn’t feel knowledgeable enough, or comfortable enough with the topic, then they should refer the patient to a urologist, who is having these discussions every day.”

The Decision after Screening

“There are some benign forms of cancer you can leave alone. Many in the urology community have embraced the approach of active surveillance - watching the patient but not treating. We know they have low grade prostate cancer, but we don’t take action, most of our current treatment options could possibly cause incontinence or impotence.”

It is everyone’s hope in the field that research efforts will soon come to fruition, identifying markers to help guide physicians in their treatment decisions for patients with prostate cancer.