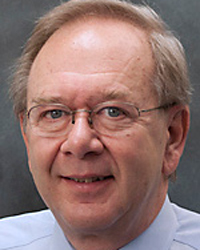 The Centers for Disease Control and Prevention (CDC) has proposed a new algorithm for laboratory testing of human immunodeficiency virus (HIV) to replace the algorithm that has been recommended for over twenty years.1, 2 This is intended to address shortcomings of the current algorithm, while taking into account recent advances in testing technology.

Dr. Bernard Branson, Associate Director for Laboratory Diagnostics,CDC Division of HIV/AIDS Prevention, discusses the rationale for developing the new algorithm. He explains how it will enable earlier detection of HIV infection and reduce the number of indeterminate results, leading to improved patient management and long-term outcomes.

A significant factor in developing a new algorithm for HIV laboratory testing was the availability of newer tests, based on technologies that have evolved since the introduction of the original recommendations. “HIV tests are grouped into generations, based on the technology used to detect HIV and the specific characteristics of the test,” explains Dr. Branson. “The first generation tests were based on antigens derived from a lysate of whole HIV virus. In other words, the virus is grown in cell culture, it’s isolated from the culture, disrupted and inactivated, and then the antigens from that virus are used in tests to detect antibody.” The first generation tests consist of indirect enzyme immunoassays (EIAs), and the Western blot, or immunofluorescent assay, which is still widely used as a confirmatory test.  Both tests only detect anti-human immunoglobulin G (IgG).

The second generation tests were very similar to the first generation, except, instead of using whole virus grown in culture, they use synthetic peptide or recombinant protein antigens to bind the HIV antibodies. These had better specificity than the first generation tests, but they still only detected IgG because of the nature of the conjugates that they used.  Most of the rapid HIV tests available today use second generation principles. The current recommendation calls for using an initial screening test, which is usually an enzyme immunoassay or a rapid test. If that is positive it’s followed by a more specific test to detect infection, which has been either the Western blot, or immunofluorescent assay (IFA).

“The problem with the current approach is that it doesn’t take into account the third generation immunoassays, which were introduced around 10 years ago,” notes Dr. Branson. “These immunoassays use the same source of antigens to detect the antibody but because they're in what's called an antigen sandwich format, they're able to detect both IgM antibodies, which are the earlier antibodies to appear, as well as IgG antibodies. So, the third generation tests, which are already widely used in laboratories in the United States, will detect antibodies before they can be detected or confirmed by the traditional confirmatory tests, the Western blot or IFA.”

Rationale for a New Test Algorithm

With the introduction of third and fourth generation tests it became apparent there was a need to review and update the original testing recommendations issued over twenty years ago, when only first generation tests were available. The new algorithm proposed by the CDC and the Association of Public Health Laboratories is also one of the algorithms recommended for diagnostic testing by the Clinical Laboratories Standards Institute. It has, therefore, already been adopted by many laboratories but, in finalizing its recommendations, the CDC hopes to establish its more widespread use.

“To understand the rationale for developing the new algorithm, and some of its characteristics, it’s important to understand some of the shortcomings of the current algorithm and the difficulties it has presented,” says. Dr. Branson. “For a long time the HIV-1 Western blot has been widely viewed as the gold standard for confirmation of HIV infection.  One of its shortcomings, as I’ve already mentioned, is that it only detects IgG antibodies. Another disadvantage is that if you perform an HIV-1 Western blot on someone infected with HIV-2, it will misclassify it as HIV-1 in between 60% and 85% of cases.2,3  So, in addition to detecting HIV-1 infection later, it misclassifies people who have HIV-2 infection. Because HIV-2 does not respond to many drugs used to treat HIV-1, that's a significant diagnostic error.”

The new algorithm has several features.  First, initial screening should be performed with a fourth generation antigen antibody combination assay, which has the ability to specifically detect HIV-1 and HIV-2 antibodies, as well as the p24 antigen.  If that test is positive, the second step would be to test with an FDA-approved antibody IA that differentiates HIV-1 antibodies from HIV-2 antibodies.

“Because the majority of people who are infected at the time they are tested have already developed antibodies, their status will be resolved by these first two tests,” notes Dr. Branson. “Importantly, the second test, the HIV-1/HIV-2 differentiation assay, will identify HIV-2 with a good level of reliability. While HIV-2 is relatively uncommon in the United States, it has been misdiagnosed by the Western blot in the past, so we will now be able to effectively screen everyone who is positive for HIV for both HIV Type 1 and HIV Type 2.”

The currently available HIV-1/HIV-2 differentiation assay only detects IgG antibodies, so during early infection its sensitivity is similar to that of the Western blot.  “A key feature of the new algorithm,” notes Dr. Branson, ”is that if this antibody test is negative, you perform a nucleic acid test, a test for HIV RNA. So, if a person has early infection, acute HIV infection that was picked up by the antigen-antibody combination assay, but they were negative on this antibody assay, they would then receive a nucleic acid test, which would result in the diagnosis of their acute HIV infection, identifying infection much earlier than when following the previous algorithm.”

In discussing how test results are reported Dr. Branson points out that, although the fourth generation tests test for both antigen and antibody, they don’t distinguish between the two. If the initial screening test is reactive, most manufacturers require it to be repeated in duplicate. If the test is repeatedly reactive, in other words at least two results are reactive, you go on to subsequent testing.

“The second assay has several possible results,” says Dr. Branson. “It can indicate the presence of HIV-1 or HIV-2 antibodies, or it can give an indeterminate result because of the nature of the way the test is constructed.  There are times when it shows some reactivity, but it's an uncertain reactivity for HIV-1. Also, in a small number of cases, the second test can show what's called undifferentiated reactivity, which is reactivity for both HIV-1 and HIV-2 antibodies. This might require further investigation. With the new algorithm, laboratories will also be encouraged to report the results of each test as it becomes available.”

The CDC expects the new algorithm will lead to improved management of HIV patients in a number of ways. ”The most important aspect is that it will allow us to identify HIV infection earlier,” says Dr. Branson. “The new algorithm will allow confirmation of early HIV infection, whereas in the past, even with third generation assays, some very early infections have been missed. So, we’ll identify more people with early infection and get them into care sooner. There is increasing evidence that starting antiretroviral therapy soon after someone has been infected with HIV gives a better long-term outcome. In addition, starting people on therapy for HIV, and achieving viral suppression, reduces their infectiousness by 96%, so it obviously has a very salutatory effect on reducing possible subsequent transmission. Adopting the new algorithm will also allow us to identify those with HIV-2 infection much earlier and ensure they get on the correct therapy.”

Presentation:
HIV Care 2013: The Role of the Primary Care Provider