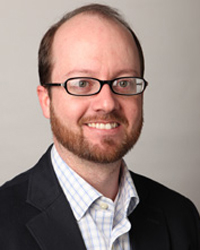 Many types of epilepsy are associated with a genetic mutation, but determining the etiology of certain epilepsies remains a challenge.

There is a strong association between gene mutation and epilepsy, explains Dr. Perry. “There are well-described epilepsy syndromes, known to be associated with genetic mutations,” he says, “and the spectrum of phenotypes associated with these genetic mutations is continually increasing. As genetic testing evolves and becomes more widespread we’re finding more and more people with genetic mutations, many which probably explain their epilepsy and change our understanding. Testing is playing a role in determining etiology and treatment, particularly for children with intractable epilepsies.”

Using Genetic Testing to Determine Cause

Dr. Perry describes different groups of patients for whom genetic testing can be helpful in determining their particular syndrome. “There are well-described genetic syndromes associated with febrile seizures for instance, and there are certain red flags, which would suggest the child may have one of these: children experiencing prolonged febrile seizures; children that present with seizures every time they have a fever; kids who have seizures in the setting of modest hyperthermia; and kids who have normal initial development but then start to demonstrate regression in development with other seizure types arriving.”

Another group to consider, says Dr. Perry, are those with early epileptic encephalopathies of infancy - neonates that present with seizures which are often very difficult to control with medications. “This is a child on whom we perform a typical evaluation for neonatal epilepsy - imaging, EEG, metabolic work-up – but everything is negative. These are cryptogenic cases, where you need to look at genetic etiology.”

A third group to consider for genetic testing includes older children who have had epilepsies for many years. “These are kids with intractable epilepsy that’s still cryptogenic, since MRI and baseline laboratory evaluations have failed to show any etiology for their epilepsy,” notes Dr. Perry. “Most of them have encephalopathies, so they’ve got some kind of developmental or cognitive delay. With these cases you should also think about the possibilities of underlying genetic epilepsy. Genetic testing provides doctors with another tool in the box – it’s an avenue of investigation that wasn’t available in the past. ”

An Advance in Genetic Testing – Next Generation Sequencing

Recent advances in genetic testing are allowing physicians to identify unknown causes of syndromes more effectively and efficiently than was previously possible. “In the past most of the testing was essentially on a single gene basis,” explains Dr. Perry. “You needed to have a pretty good idea from the patient history what you were dealing with and then test for a specific gene. Knowing, for instance, that Dravet syndrome was associated with SCN1A, you’d get the test for SCN1A. You needed to have a really good idea of exactly what disorder and what gene you were dealing with, because you were ordering an individual test for the gene. But the fact is that not all kids with Dravet syndrome have SCN1A mutations, some have SCN2A, some have SCN8A, SCN9A, SCN1B – there are a lot of other genes we know associated with this phenotype. So, if you did test for SCN1A and it was negative, you might then test each individual one, which takes a lot of time and is expensive.”

“With next generation sequencing,” continues Dr. Perry, “you can test for multiple genes at the same time - you can look at more genes with a more rapid turnaround time, and at a cheaper rate. So you can test multiple genes associated with a particular disorder and more likely identify the cause. But, in addition, if you’ve got a patient that doesn’t quite meet the criteria for a specific disorder, you can still test a broad range of genes known to be associated with epilepsy, and you may identify something of significance.”

Dr. Perry believes there are three key benefits to determining the etiology of an epileptic disorder. “First, it provides the family with a reason for the disorder,” he notes. “Even if you’re dealing with a disorder for which there’s no cure or treatment, it is very useful to be able to provide the family with an answer for why their child has been suffering for so long. Secondly, knowing the epilepsy is due to a genetic mutation helps guide the evaluation. If you’ve got a named disorder and you know what it comes from, you know what tests are necessary to give you additional information, and you can avoid further unnecessary tests and imaging such as repeated MRIs and muscle biopsies.” Thirdly, identifying a causative genetic mutation can also help direct therapy. “Treatment can be very specific for certain epilepsies,” explains Dr. Perry. “One example is a sodium channel disorder like Dravet syndrome – we know you do not treat those children with sodium channel drugs, since this would make them significantly worse. We know that if you put someone, who has POLG1, or Alpers disease, on valproic acid - a very good antiepileptic for many disorders - you may cause liver failure. On the positive side there are potentially effective disorder-specific therapies, such as a new drug that targets potassium channels which may be useful in KCNQ2 mutations or a ketogenic diet for those with GLUT1 deficiency. Being able to make the correct diagnosis can certainly change the treatment.”

Changing therapy based on gene mutation can in turn have an impact on outcome. “There are some children I take care of with Dravet syndrome that were, in effect, diagnosed in retrospect, having suffered into their teens with their disorder,” says Dr. Perry. “These kids were exposed to sodium channel drugs when they were young and were frequently admitted to hospital. Cognitively, these patients do not perform well, but younger children, who have avoided sodium channel drugs, are not ending up in the hospital as much and are doing much better. They still have delays but they seem dramatically better than those who were treated with sodium channel blockers.”

Support for Test Ordering and Interpretation

In summary, Dr. Perry reiterates that being able to diagnose certain syndromes can significantly influence therapy and outcome. At the same time, he stresses the importance of appropriate test ordering and accurate interpretation of results. “Many clinicians are not familiar with advanced genetic testing and could benefit at first from expert support,” he says. “I’ve seen many a child with an obvious genetic syndrome told they don’t have that disorder because the test came back negative. But that’s because the wrong test was ordered. You have to think critically when ordering a test to ensure you’ve excluded or included the disease, as appropriate. For test interpretation, test providers have genetic counselors and laboratory staff available to help clinicians understand the result provided. The test report usually has the answer you need, as long as you can read it correctly.”