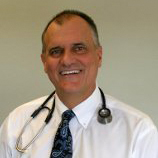 Daily intake of low dose aspirin (acetylsalicylic acid) has been established as the standard of care in managing cardiovascular disease in the U.S.1  While aspirin plays an important role in helping prevent cardiovascular events, a proportion of patients do not respond as expected to aspirin therapy. This phenomenon, commonly called “aspirin resistance”, has been shown to affect a significant proportion of patients.2 3

It has been demonstrated that anti-platelet therapy with aspirin is highly effective in the secondary prevention of cardiovascular events, with a 22% reduction in death and serious ischemic vascular events.2 3 The effect of aspirin is most likely based on the permanent inactivation of cyclooxygenase1 (COX-1), which decreases production of the platelet aggregation activator thromboxane A2 and its metabolite, 11-dehydro thromboxane B2.4

Clinical responses to aspirin vary among individuals - approximately 25% of patients with atherothrombosis develop recurrent cardiovascular disease or stroke despite aspirin treatment.2 3 This lack of aspirin responsiveness has been called “aspirin resistance.”

Aspirin resistance has also been defined in terms of laboratory features such as the inability of aspirin to increase bleeding time, suppress platelet thromboxane A2 production, or inhibit platelet function in vitro.3 5

Since aspirin resistant individuals are at increased risk of heart attack or stroke, doctors are beginning to recognize the importance of testing for aspirin effect.

Dr. Boone observes that in the past, if a patient had a recurrent event, there was no reliable way to determine whether their aspirin therapy was working. Today that uncertainty has been eliminated: “The AspirinWorks® test provides a set of parameters based on the 11-dhTxB2 /creatinine ratio which, combined with clinical intuition, help direct therapy.”  The AspirinWorks® is FDA cleared to measure aspirin effect on apparently healthy individuals.

A Tool to Guide Therapy

For Dr. Boone, reducing clotting risk is part of effective patient management. “At whatever stage you find the disease there are several components to consider. Certainly, the clotting system and the approach attached to the use of aspirin is a very important one.”

To manage clotting risk, Dr. Boone has developed an approach, similar to that for managing cholesterol or blood pressure: measure the profile, start a medicine, adjust the dose based on serial testing and get to the optimal level. “This had never been done before with aspirin” observes Dr. Boone “but the ability to inhibit platelet aggregation is often a critical part of cardiovascular disease and is probably involved synergistically in the development of plaque. So, it’s a logical step to monitor the process and determine the appropriate dose of aspirin or any other drug that has to be added to the mix.”

Managing the Potential for Blood Clotting

Measuring the propensity for blood clotting allows physicians to manage this as a separate cardiovascular risk factor, says Dr Boone. ”People with the highest levels of blood clot-ability, if you will, are the ones who are in a somewhat higher risk group. The potential for developing atherothrombosis is related to their clotting status as measured by this test - the higher the number on the test, the more activated the platelet aggregation. We need to control the clotting system once they get to be 35 to 40 years of age and then base our dosing of the aspirin on the success of controlling the 11-dhTxB2/creatinine ratio.

“It’s a great way to monitor risk, assess the success of therapy and modify treatment as needed,” says Dr. Boone, “In my mind this should be a mandatory test for anybody with atherosclerosis.”

Moving Toward a Preventative Approach

Dr Boone believes recent innovations in the field are enabling more proactive approaches in managing cardiovascular disease. “Traditionally most of our efforts have been directed at saving a failing heart,” he says “but a lot of recent developments and early detection strategies are aimed at optimizing the heart when things are just barely out of control.”

An example of such an early detection strategy is managing the circadian variation in cardiovascular events.“Heart disease death rates and expressions tend to follow the pattern of adrenalin throughout the day” explains Dr. Boone “and one of the side effects of adrenalin is that your blood clots more quickly. It’s been noted that when there’s circadian variation in cardiovascular events – early morning and workday surge in events – that pattern closely follows the clotting of blood during the day.  We know that part of the variation in the clotting of blood is really a stress variation.”

Dr Boone notes that with the urinary 11-Dehydro Thromboxane B2 test,he is now able to identify early, those with the highest clotting potential - those with excessive cardiovascular risk due to the over-activation of the clotting system. “Certain people might make more stomach acid and have ulcers.” he says, “Some might develop higher blood pressure and have a stroke. Others may develop excess clotting which is just a natural part of the stress response that is out of control.”

“Just knowing that you need an aspirin can be a lifesaver. And this test can do that.”

AspirinWorks® is a registered trade mark of Corgenix Medical Corporation

Presentation:
Aspirin Resistance: It’s Not One Size Fits All