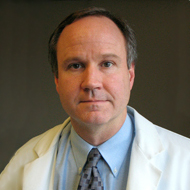 Prior, Thomas W., PhD
Professor of Pathology and Director of Molecular Pathology
The Ohio State University
Columbus, Ohio
Also by this Author ▸

Spinal muscular atrophy (SMA) is the most common genetic cause of infant mortality, yet public awareness about this devastating disease remains low.

Thomas Prior, PhD, Professor of Pathology and Neurology, and Director of Molecular Pathology at The Ohio State University, discusses the clinical spectrum and molecular basis of SMA, approaches to screening and diagnostic testing, and potential developments in SMA therapeutics.

SMA is a severe neuromuscular disease characterized by degeneration of alpha motor neurons in the spinal cord, resulting in progressive muscle weakness and paralysis. It is the second most common fatal autosomal recessive disorder after cystic fibrosis, with an estimated incidence of 1 in 10,000 live births1, and a carrier frequency of approximately 1/40 to 1/601 in all populations.

Despite the severity and prevalence of SMA, awareness about the disorder is low. “This is a very serious, common disease, which most people don’t know about,” says Dr Prior. “This may be because a lot of these children aren’t with us very long - so it’s a disease that doesn’t have a face to it.”

Childhood SMA is subdivided into three clinical groups on the basis of age of onset and clinical course.2 Type I SMA (Werdnig-Hoffman disease), affecting approximately 60% to 70% of patients3, is characterized by severe, generalized muscle weakness, and hypotonia within the first three months. “Most of these children die within the first two years of life, some within the first year,” observes Dr Prior. “It’s a terrible situation for the parents, who have to make some very difficult decisions about breathing and feeding support and have to watch these children become weaker and weaker.”

Type II children are able to sit, although they cannot stand or walk unaided, and typically survive beyond four years. The clinical variability is greater than that of type I patients, ranging from infants who sit transiently and demonstrate severe respiratory insufficiency to children who can sit, crawl, and even stand with support.

Type III SMA (Kugelberg-Welander disease) is a milder form, with onset during infancy or youth: patients learn to walk unaided and have prolonged survivals.

The survival motor neuron gene (SMN) is the primary SMA-determining gene.  About 95% of children affected with SMA have the homozygous deletion of the SMN1 gene (exon 7 test).4

The molecular diagnosis of SMA consists of the detection of the absence of exon 7 of the SMN1 gene. “It’s a simple PCR (polymerase chain reaction) test with which allows one to distinguish the SMN2 gene from the SMN1 gene and look for the homozygous loss of the SMN1 gene,” explains Dr.  Prior. “It’s a very straightforward, accurate diagnostic test, which has greatly reduced the number of the invasive muscle biopsies being performed on the affected infants.”

This gene deletion test hasa sensitivity of approximately 95%.  The other 5% of affected children have smaller nondeletion types of mutations within the SMN1 gene which are not identified by the deletion test.

To detect SMA carriers, a gene dosage test is performed, which allows one to identify the normal two SMN1copy noncarrier from the one copy carrier. The dosage testing has a detection rate of approximately 90%4 and a specificity of about 99%. One limitation is that it does not detect the 5% of carriers with nondeletion point mutations, so false negatives can occur. Other limitations of the carrier test include: the presence of de-novo mutations and the two SMN1 genes in cis on one Chromosome 5.4

The availability of gene dosage analysis is one of several factors that support the introduction of population-based carrier screening for SMA. In reviewing the key criteria for such an initiative, Dr. Prior observes: “You have a severe disease, a high frequency of carriers, a reliable test, and the availability of prenatal diagnosis. But remember, you also need an educational component - access to genetic counseling and reading material. You can have the greatest test in the world but the carrier screening program will never be successful if you don’t have the counseling and an educational element present.”

American College of Medical Genetics Practice Guidelines recommend offering carrier testing to all couples, regardless of race or ethnicity.1

To understand how all three SMA phenotypes can have the same SMN1 homozygous deletion, Dr.  Prior and other investigators have studied the role of the SMN2 gene. Several studies have clearly shown that increases in SMN2 gene copy number often corresponds to the milder phenotypes1: the majority of  Type I children have one or two copies while an increase in the number of copies are most commonly found in the  milder Types II and III.

“It turns out that SMN2 gene copy number is a very important prognostic indicator,” says Dr. Prior. “It can be most helpful in certain situations. If you’re uncertain of the phenotype in a very young child, identifying three or four copies of SMN2 would indicate the child is more likely to have the milder form of SMA. And when enrolling children in clinical trials, the physician should definitely know the SMN2 count.”

SMN2– A Basis for Therapeutic Advances

Since SMA patients always have at least one copy of SMN2, it has become the target of many therapeutic investigations. “You don’t necessarily have to give the child a new gene,” observes Dr. Prior, “you need to find ways to get SMN2 to make more protein. The problem with SMN2 is that it doesn’t make enough full-length transcripts to compensate for the loss of the SMN1 gene. The aim of several therapeutic trials is to increase the expression level of the SMN2 gene, and thus make more full-length transcripts. This would result in more protein and a milder phenotype. Clinical trials today are investigating agents designed to achieve precisely that.”

There is no question that new advances in therapeutics are exciting and offer hope.  However it is important to recognize that once a child has been diagnosed clinically with the Type I phenotype, it may be difficult for any treatment to be totally effective due to the already present loss of the motor neurons in the infant. “So early diagnosis may be a very important key to therapy,” says Dr Prior, “and that would probably require newborn screening for the type I children.”