Next Generation Immunohistochemistry: A Window onto the Molecular Alterations in Tumors

Her Care is in Your Hands: Co-testing with Pap and HPV Together Identifies More Cases of Cancer and Precancer Than Either Test Alone 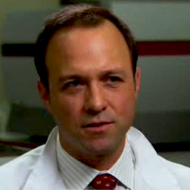 The study of how an individual’s genetic inheritance affects his or her body’s response to drugs is an important advance in cardiology related to pharmacogenomics. Pharmacogenomic tools can be very useful, but knowing how these tools are best utilized, how to interpret and apply test results, and the significance of each allele and its mutations, are all critical to optimal patient management.

Given the high prevalence of cardiovascular disease and the large numbers of patients using cardiovascular drugs, pharmacogenomics has the potential to improve health outcomes. A recent example is the black box warning for the drug clopidogrel (PLAVIX®). It highlights an important issue, but does not on its own provide sufficient guidance for physicians regarding how best to proceed.

Presentation:
Genetics and Heart Disease: Personalized Medicine You Can Use Today