Pain Medication - The Role of Genetic Variation in Drug Metabolism 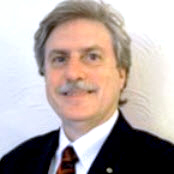 Despite the widespread use of pain medications in the United States, there is little understanding among both physicians and patients about the potential variability in response to drugs commonly used for pain management.

The Significance of Genetic Variation

“Our objective,” says Dr. McClure, “is to enable physicians to individualize patient care so they prescribe the optimal drug for both their therapeutic regimen and for their safety. It’s critical physicians understand that genetic variation in CYP450 can dramatically affect how an individual metabolizes these drugs.”

Cytochrome P450 2D6 (CYP2D6) is a gene product responsible for the metabolism of many major drug groups, including opioids. “A pharmacogenetic (PGx) test, approved by the FDA, is now available, which looks for specific changes in the gene and interprets whether you have a ‘good copy’ or a ‘bad copy’,” explains Dr. Pratt. “A good copy would be a functional allele, while a bad copy is a non-functional allele. These changes and their combinations help predict how well a person will metabolize a drug.”

An individual’s genotype can help  predict the CYP450 activity, which classifies them into one of the four metabolizer types. The incidence of poor and ultrarapid metabolizers varies greatly among various populations. For example, approximately 10% of Caucasians are PMs for CYP2D6.1, 2

The CYP450 testing is a once-in-a-lifetime test. “Once it’s performed, the result is in your medical record and denotes your genetic capability of handling these drugs,” says Dr. McClure. “This not only applies to pain medications but also to other medications such as anti-convulsive medications, cardiac medications and psychotropic drugs that are used for depression and anxiety control. This even applies to over-the-counter products like Prilosec® (omeprazole), which may be considered relatively safe.”

To understand the significance of an individual’s metabolizer status or phenotype, Dr McClure refers to a drug that’s been in widespread use for pain relief for decades – codeine. “This drug is metabolized to its more active form, morphine, in the body. If you have someone who’s a poor metabolizer they’re not going to get the full therapeutic effect of the codeine. On the other end of the spectrum, someone who’s an ultrarapid metabolizer is going to quickly metabolize the codeine into morphine. Morphine has a longer half life, so it remains in the body and can rise to toxic levels.”

This can be particularly significant for nursing mothers as morphine can also be expressed through breast milk. In 2007, the FDA issued a warning on “Codeine Use by Nursing Mothers” and noted that nursing infants may be at increased risk of morphine overdose if their mothers are taking codeine and are ultra-rapid metabolizers of the drug.3

“Physicians need to take a new look at how common medications are being used,” notes Dr. McClure. “The challenge is made more difficult by the fact that codeine is so widely used in combination with other meds such as Tylenol 3 and cough syrups,”. “It’s often considered the first choice for relief of acute pain, in preference to other narcotics, and has the perception of being relatively benign.”

Another complicating factor is the effect of other medications, herbal supplements and foodstuffs on drug metabolism. For example, grapefruit juice is known to inhibit one of the CYP450s, 3A4, thus resulting in the inability of the drug to have therapeutic effects.

Hydrocodone and the Risks of Drug Diversion

Hydrocodone, the most frequently prescribed drug in the U.S., is metabolized differently depending on an individual’s phenotype. “Somebody who’s an ultrarapid metabolizer may get some pain control,” notes Dr. McClure, “but their hydromorphone levels are going to increase and they may complain of side effects. Physicians have to be aware of that and they may need to make dosing adjustments accordingly.  Poor metabolizers, on the other hand, may not get sufficient pain control. There are a number of different, potential scenarios: if a patient is complaining abut a drug not being effective, or about side effects, and the physician is considering a dosing adjustment, genetic testing can guide them.”

The potential risks relating to how pain medications are metabolized are exacerbated by drug diversion. “Drugs are now one of the leading causes of death in this country and the majority are as result of therapeutic prescription drug misadventures,” notes Dr. McClure. “The non-medical use of these medications, over half of which are coming from friends and family, poses a real danger. If you pass along one of these drugs to somebody with codeine sensitivity, and let’s say it’s combined with alcohol, you can have a rapidly fatal event from just one misadventure. Increased public awareness of what’s happening with narcotics of this kind is very important.”

A Basis for More Individualized Therapies

Looking ahead, Dr. McClure and Dr Pratt expect that other genes involved with drug metabolism will be identified, providing a basis for new genetic tests and reports to help physicians tailor their therapy. “When drugs are prescribed,” notes Dr. McClure,“you want to have critical information available when choosing treatment for the patient’s medical condition. Genomic testing, performed because there’s an indication there may be an abnormality or novel response in a patient, can provide valuable information, which can be used for that person for the rest of their life to help tailor the best choice of the drugs for them.”

For the time being, it’s important for physicians to be aware of the impact of genetic variation on metabolizing drugs and try to identify those patients who may be at risk. “If someone says they always take a half dose of a drug because of its effect or somebody else says the drug doesn’t really work for them, it’s a warning sign,” notes Dr. Pratt. “In such cases they should maybe consider CYP450 testing to confirm whether the patient is an ultrarapid metabolizer or poor metabolizer.”

Recent developments indicate that PGx testing is likely to be adopted more widely in clinical practice. In 2010, the National Academy of Clinical Biochemistry (NACB) published the first set of laboratory medicine practice guidelines for PGx.2 The College of American Pathologists and other proficiency testing organizations have made testing material available for several enzymes that are involved in the uptake and breakdown of pain medications.4 In addition, guidelines were published earlier this year in Europe by the Clinical Pharmacogenetics Implementation Consortium (CPIC), to provide guidance to practitioners on codeine use. These include recommendations on alternative dosing for codeine and on alternative medications, based on a patient’s CYP2D6 genotype test results.1