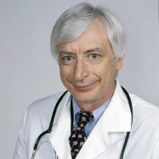 A clinical practice guideline (CPG) published in 2011 by The Endocrine Society1, provides recommendations for the evaluation, treatment, and prevention of vitamin D deficiency. Dr. Michael F. Holick, Professor of Medicine, Physiology and Biophysics at Boston University School of Medicine, and Chair of the task force that developed the CPG, discusses the importance of vitamin D and reviews key aspects of these recommendations, including approaches to achieving vitamin D sufficiency.

The Importance of Vitamin D

“Vitamin D deficiency is now being recognized by physicians as a worldwide health problem that goes well beyond bone disease,” notes Dr. Holick.

“There’s now evidence that vitamin D also plays a critical role in the immune function: there are data from Japan demonstrating that children on 1200 IUs of Vitamin D a day for 4 months during the winter had a reduced risk of Influenza A infection by over 40% 2, and a study done at Yale showed that adults who have a blood level of 25-hydroxyvitaminD [25(OH)D] of 38 nanograms/ml on average had more than a 40% reduced risk of getting upper respiratory tract infections.”3

“There’s also recent data from Australia showing that patients with a history of pre-type 2 diabetes are more likely to progress to Type 2 diabetes, if they’re Vitamin D deficient,”4 continues Dr. Holick.  “Additionally, there are studies that indicate Vitamin D sufficiency reduces the risk for mortality, especially cardiovascular mortality, by as much as 8 – 15%.”5

Based on these definitions it has been estimated that 40–100% of U.S., Canadian, and European elderly men and women still living in the community are vitamin D deficient.1,6 Different studies in the United States have shown that more than 50% of Hispanic and African-American Adolescents, 48% of white preadolescent girls and 42%of African-American girls and women aged 15–49 yr were vitamin D deficient.1

To maximize bone health, and reduce the risk of vitamin D deficient bone disease in adults, the Endocrine Society recommends that blood levels should be at least 30 ng/ml.1 “But,” notes Dr. Holick,  “because of the variability in assays used to test 25(OH)D levels, you should target a level of 40-60 ng/ml to guarantee you’re vitamin D sufficient.”

The Endocrine Society recommends the following levels of vitamin intake to prevent and treat vitamin D Deficiency: 400 international units (IU)/day for neonates; 600-1,000 IU/day for children 1 year to 18 years; 1,500 – 2,000 IU/day for adults. But this cannot be achieved by diet alone, cautions Dr. Holick.

A common misconception is that diet is an adequate source of vitamin D, he explains. “It’s not well appreciated that sunlight is our major source of vitamin D. That’s why Mother Nature didn’t put significant amounts of vitamin D in our diet. It is in oily fish like salmon, mackerel, herring, but only about 500 – 1,000 IUs per serving. So you'd have to eat about 2-3 servings every day to achieve the recommended intake of 1,500 – 2,000 IUs/day.”

Other foods containing vitamin D include sun-dried and UV exposed mushrooms and cod liver oil, as well as foods fortified with vitamin D, typically dairy products, which contain 100 IUs in a serving, or orange juice and some bread and cereals, which contain 100 IUs in a serving. “So, a child would have to drink 6 glasses of milk each day to achieve the recommended intake of 600 IUs/day,” observes Dr. Holick. “That’s simply unrealistic. You cannot obtain enough vitamin D from your diet to satisfy your requirement and that’s a global issue.”

So, how do you ensure you are vitamin D sufficient? The approach recommended by the Endocrine Society is based on a 3-step process.

“Firstly, you can get small amounts from your diet,” says Dr. Holick. “Secondly, you get vitamin D from sensible sun exposure. I typically recommend exposing your arms, legs, abdomen and back for five to ten minutes a couple of times a week, followed by good sun protection. This will depend on time of day, season, latitude, and skin pigmentation. But never expose your face - it’s the most sun damaged part of the body and doesn’t provide much vitamin D.”

“Then, to absolutely guarantee you’re vitamin D sufficient, you should take a vitamin D supplement, as recommended by the Endocrine Society.”

Physicians should be aware of factors that can affect the accuracy of vitamin D testing, advises Dr. Holick. The first thing to note is that 25(OH)Dis the major circulating form of Vitamin D, and is the form that should be ordered to determine a patient’s Vitamin D status.

Secondly, there can be variability between assays traditionally used.1,7 “The established assays used for measuring 25(OH)D are radioimmunoassays - antibody assays,” observes Dr. Holick. “We’re beginning to realize that many of these assays don’t always recognize 25(OH)D2 as well as 25(OH)D3, so they can often under-estimate the total blood level of 25(OH)D. This is especially the case if the doctor is treating their patient with Vitamin D2, which is the only pharmaceutical form of vitamin D available by prescription.”

“We also know that many of these assays, which now use chemiluminescence technology, don’t only measure 25(OH)D but measure other vitamin D metabolites in the blood.  As a result they can sometimes over-estimate the total blood level of 25(OH)D by as much as 10-15%. There’s a lot of discussion in the literature about the variability of these assays and the impact of the individual performing the test, which can makes these antibody assays difficult to interpret.”

Another assay now available is liquid chromatography tandem mass spectroscopy (LC/MS/MS).  “I think that most experts now accept this assay as the gold standard,” notes Dr. Holick.  “In fact, the CDC has moved from the antibody format to LC/MS/MS in its own laboratories.”

The advantage of this assay, explains Dr. Holick, is that it separates 25(OH)D2 and 25(OH)D3, providing a quantitative blood level for each, as well as for total 25(OH)D. Nor does it have any interference from other vitamin D metabolites.

The LC/MS/MS test also helps monitor patients treated with vitamin D. By measuring the 25(OH)D2 level it informs the physician whether or not the patient is compliant, or whether they may have a malabsorption syndrome. “In my opinion the LC/MS/MSassay is the most accurate way of measuring the blood level of 25(OH)D and, therefore, of measuring vitamin D status.”

The Endocrine Society and the Institute of Medicine recommend screening at risk patients, but not the general population, for their vitamin D status. “I recommend doctors order a test for their at-risk patients, treat them and then get another blood level in 2-3 months to see if it has gone up. If it does, and if you have a patient who has normal weight and no other risk factors for vitamin D deficiency, put them on an adequate amount of vitamin D – 1,500 - 2,000 units a day should be adequate. But if the patient is obese, with a BMI of great than 30, you usually need to give 2-3 times more vitamin D and these patients do need to be followed every 6 – 12 months. Patients with certain medical conditions, or on particular medications, will also need to be monitored on a regular basis.”

Increasing Recognition Among the Medical Community

Dr. Holick has seen a growing interest in vitamin D among different medical specialties. “Intensive care physicians are interested because vitamin D deficiency is a major issue in critical care patients,” he notes. “It’s known that mortality in critical care patients is related to the fact that they’re vitamin D deficient and so monitoring them is important. 25(OH)Dlevels are critically important during pregnancy and lactation so OB/Gyn’s and pediatricians are becoming much more aware on behalf of their patient population. And of course geriatricians are interested in the potential for reduced risk of fracture and improved muscle strength for their patients.”

In July 2012, the U.S. Preventive Services Task Force (USPTF) issued a draft recommendation against the use of Vitamin D and calcium supplementation for the primary prevention of fractures in men, pre-menopausal women, and non-institutionalized postmenopausal women.8 Based on their review of the literature the USPTF concluded there was insufficient evidence that Vitamin D reduces the risk of fractures and there was a possibility of a negative effect from increased risk of kidney stones.

Dr. Holick points out these findings are controversial. “I’ve looked at the same literature very carefully and in my New England Journal of Medicine Journal review outlined shortcomings in the three major studies used as a basis for the recommendations – the Women’s Health Initiative (WHI) and two British studies.9 Looking at the studies combined it seems many of the subjects were not following the advice of the physicians, and were not taking calcium and Vitamin D most of the time. So it’s no surprise they did not see any improvement in risk reduction or falls and fractures. A sub-set analysis of the WHI revealed that there was a substantial reduction in risk for hip fracture in women who actually took their calcium and vitamin D.“

“As far as potential harms of soft-tissue calcification and kidney stones are concerned, the WHI subjects were given 1,000 mg of calcium and 400 IUs of vitamin D, and told they could continue to take other calcium supplementation. So some women in the women’s health initiative were probably taking as much as 2 grams of calcium of a day. This could increase risk for vascular calcification and kidney stones.”

“The Endocrine Society reviewed other literature regarding falls and muscle strength and concluded based on a very careful meta-analysis that increasing your vitamin D intake reduced risk for falls and fractures. The bottom line is there is no down-side to increasing your vitamin D intake and to maintain your blood levels in the preferred range of 25(OH)D 40 and 60 ng/ml.”

Presentation:
Mass Spectrometry as an Enabling Technology in the Clinical Laboratory