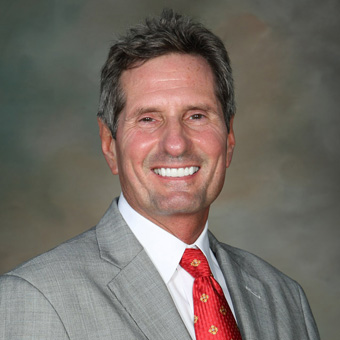 The identification of HIV tropism has led to the introduction of a class of HIV drugs, CCR5 coreceptor antagonists, which are effective in patients with the CCR5 coreceptor-using viral variant. An HIV-1 tropism test is required before initiating CCR5 antagonist therapy to exclude from treatment patients harboring non-R5 virus. Phenotypic testing is the method routinely used in the United States for this purpose, while in Europe genotypic testing is commonly used.

Viral tropism (the specificity of a virus for a particular host tissue)is the ability of viruses to enter and infect specific host cells and is based on the ability of viruses to bind to receptors on those cells. The gp120 envelope glycoprotein of the HIV-1 virus uses the CD4 cell receptor, together with a coreceptor, to enter a cell. One form of the HIV virus (“R5” virus) uses a coreceptor called CCR5 to enter cells, while another kind (“X4” virus) uses a coreceptor CXCR4 for entry. There are also dual/mixed-tropic viruses (D/M) that utilize both coreceptors.1

HIV tropism tends to reflect the stage of a patient’s infection. R5 is usually present early in infection and in treatment-naïve patients but over time the proportion of people who harbor detectable amounts of the X4 or D/M variants increases and are present in up to 50% of late-stage and treatment-experienced patients.

CCR5 coreceptor antagonists work by blocking the interaction of the HIV-1 envelope gp120 glycoprotein with the CCR5 coreceptor. Maraviroc (brand name Selzentry®, or Celsentri® outside the U.S.) is currently the only FDA approved agent in this class.2 It has been shown to be effective in patients with the R5 variant of the virus.

Testing to determine a patient’s viral tropism before initiating coreceptor antagonist therapy is critical to predict likely response. The original test used to identify tropism was a phenotypic test. A version of this test, the Trofile™ assay, was the method used to screen for the CCR5 antagonist clinical trials but a more sensitive test, Trofile™ Enhanced Sensitivity (TF-ES), is now available.3

Phenotypic testing is proven to be sensitive and correlates well to clinical outcomes4, but it is expensive to perform and requires a relatively long turnaround time, which is why its use is limited outside the United States.5, 6

Genotypic testing is an alternative approach. “The genotypic test is a linear determination of sequence,” says Dr. Pesano.  “The sequence is put into an algorithm and the algorithm infers, or ‘makes a call’, whether or not the virus is X4, R5 or mixed, based on the sequence.”

“The reason to reflex to UDS is to increase the sensitivity for detecting the X4 virus,” explains Dr. Pesano. “Detecting R5 is important but the question remains whether the test is sensitive enough to exclude any X4 virus. If X4 is there, and you don’t pick it up, it’s likely that the drug won’t work. So, the onus is on the assay to detect minor variants of X4. This is achieved by adding UDS to standard sequencing.”

The Evidence for Ultra-Deep Sequencing

In a large retrospective analysis of the Maraviroc versus Optimized Therapy in Viremic Antiretroviral Treatment-Experienced Patients (MOTIVATE) trials, UDS identified non-R5 virus in more than twice as many maraviroc recipients as the original Trofile assay.8 In a retrospective re-analysis of the MERIT trial of treatment-naïve patients comparing maraviroc to efavirenz, UDS showed the same ability as the TF-ES assay to separate maraviroc responders from non-responders.9

“Improvements in algorithms, combined with greater sensitivity of sequencing, mean that next generation genotypic testing is as sensitive as TF-ES,” notes Dr. Pesano. “This has now been demonstrated in a number of studies.” The most recent evidence of UDS’s sensitivity was a blinded study performed using the same sample set as used in the maraviroc clinical trials (MOTIVATE).1 “The methodology we used was rigorous and ensures the study’s results are robust,” notes Dr. Pesano, who was one of the study’s authors. “Not only did we use the same sample set as the MOTIVATE trial, but the samples were blinded and the results analyzed by an external statistician, who drew the conclusions.”

Virologic response was compared between the R5 and non-R5 groups determined by TPS, UDS alone, the reflex strategy and the TF-ES test. UDS had greater sensitivity than TPS to detect minority non-R5 variants. At week 8, the positive predictive value was 66% for TF-ES and 65% for both the Reflex test and UDS. Negative predictive values were 59% for TF-ES, 58% for the Reflex Test and 61% for UDS.1

With evidence that genotyping with a reflex to UDS offers comparable sensitivity to phenoyping testing, the choice of assay is likely to be influenced by two other factors: turnaround time and cost. Not only is genotyping a lower cost technology than phenotyping,5, 6 it also provides results faster. “If the first TPS determines the variant to be X4 we can have the results in approximately seven days,” says Dr. Pesano. “If it’s an R5 and we have to reflex it, we provide results in ten days. This compares to approximately 14 days for phenotyping.”