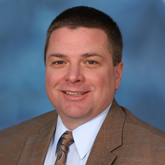 PCOS is one of the most common endocrine abnormalities of women, affecting between 5% and 15% of women in their fertile years.1, 2 it has significant clinical features, which may be attributed to other causes if PCOS is not considered as a diagnosis.

Dr. Patrick Mason, Medical Director, Endocrinology, Quest Diagnostics Nichols Institute, discusses the challenges in diagnosing PCOS, and also reviews approaches to identifying CAH, another hormonal disorder, whose symptoms can be similar to those of PCOS.

Dr. Mason explains that PCOS is a collection of different disorders in women, whose classification, and diagnosis, has evolved over time. “The two major hallmarks of PCOS are chronic anovulation (non-production of eggs) and excess androgens,” he says. The most recent guidelines indicate that PCOS should be defined by the presence of excess androgens and ovarian dysfunction (oligo-anovulation and/or polycystic ovaries).3, 4

Oligoovualtion and anoovualtion result in an irregular menstrual cycle, and excess androgens will typically manifest themselves as a male pattern of hair growth – increased facial hair, sideburns, possibly male pattern balding, mid-chest hair – and acne across the back and the face. If PCOS is suspected an ultrasound may be performed to detect polycystic ovaries.

“Another factor that’s not really diagnostic, but can be seen in conjunction with other symptoms, is a high insulin level,” notes Dr. Mason. “The stimulation of insulin on the ovarian cells has been linked to an increase in androgens. So, in conjunction with increased androgens and irregular periods, high insulin levels will help confirm the diagnosis.” Other clinical signs may include obesity, hypertension and acanthosis nigricans, a darkening in the folds of skin around the neck, which is a sign of increased insulin production.

Dr. Mason cautions that the symptoms of PCOS can be confused with those of other conditions, if PCOS is not top-of-mind. “This is one of the big issues with PCOS,” he says. “You can get a whole work-up for other causes of anovulation, which includes CAH or a wide range of other disorders. So the physician needs to look at all the signs in combination and to be thinking of PCOS as a possibility.”

The laboratory diagnosis of PCOS is made by analyzing the steroid pathways. “There’s no standard approach for testing,” notes Dr. Mason. “We look at different components involved in the production of male androgens – androgens, which are precursors to testosterone - androstenedione, dehydroepiandrosterone(DHEA), or DHEA sulfate - as well as testosterone. With PCOS you get increases in the levels of these precursors and increases in levels of testosterone. From the testing standpoint this often has a lot of overlap with what is seen with CAH.”

“You can also order a sex hormone-binding globulin, which may be half the normal level in cases of PCOS,” continues Dr. Mason. “Using luteinizing hormone (LH) and follicle stimulating hormone (FSH) ratios is an approach used by some. A high LH to FSH ratio, greater than 1, is thought to be suggestive of PCOS. I always like to add a fasting insulin level, which, if elevated, can help confirm a diagnosis if some of the other factors are abnormal as well.”

Another test available is that for anti-Müllerian hormone (AMH). “AMH is something that is generally secreted in men,” says Dr. Mason “but it’s also a marker of ovarian reserve. It’s made in granulosa cells in the ovaries, and women with PCOS have been found to have increased levels, sometimes levels 2-3 times higher than normal, because they’re not ovulating. So it's a test that should be considered as well - it’s a very good marker.”

There are a number of interventions following a diagnosis of PCOS. “One of the most effective approaches is to address the drive of insulin,” says Dr. Mason. “In some situations the increased insulin resistance seems to stimulate the production of some of the androgens. So, in many situations you can use the diabetes medication, metformin, which is very effective in decreasing insulin resistance or increasing the sensitivity of insulin. In some situations people have used a combination of birth control pills and other medications to try to decrease the androgen production.”

“With 21-hydroxylase deficiency, which is by far the most common form of CAH, there is a blockage in one of the steps in the production of the mineralocorticoid aldosterone and the glucocorticoid cortisol pathways, explains Dr. Mason. “It’s as if you have 3 branches of a river and 2 of them are dammed up - everything flows into the one open channel, the DHEA-androstenedione pathway.” If a baby has this form of CAH, there will be a shift to androgen production before birth. Baby girls with this condition will look more like a baby boy, with some ambiguity in their external sex organs, such as an enlarged clitoris.”

There will be no immediate physical evidence of the enzyme deficiency in baby boys, but the blockage of aldosterone production would be of great concern. This would cause a loss of salt resulting in the baby potentially going into shock 1-2 weeks after birth, with very low sodium and very high potassium levels. For this reason testing for 21-hydroxylase has been put on every state newborn screen program around the country.

When testing for CAH there needs to be awareness that 21-hydroxylase deficiency is not the only cause. Other markers may need to be analyzed to see which steps in the 3 different steroid producing pathways are blocked or problematic. Sensitivity in testing is an important factor, stresses Dr. Mason, since accurate diagnosis is dependent on detecting very subtle changes in the steroids being analyzed.

“These different steroids are built upon a cholesterol backbone,” he says. “They take cholesterol and then undergo some change: the addition of hydrogen to an oxygen group, the taking away of oxygen from a hydrogen group or the addition of a hydroxyl group. These are very subtle, small changes, but they can have a really profound impact on what the hormone is and how your body is going to respond to it.”

Different testing methodologies have different levels of sensitivity in detecting the small changes in the different steroids. “You need to pick up the subtle difference between one little OH group and one double-bonded group, or between a cholesterol molecule with an OH group and one without,” notes Dr. Mason. “The sensitivity of a test is critical. The advantage of mass spectrometry (MS) compared with an immunoassay test is that MS has a greater sensitivity to detect these kind of changes and you don’t get the kind of cross-reactivity that you may get when using antibodies.”

“Another advantage of MS is the ability to obtain every single one of these steroid products in a very small sample. This means one blood draw, and a very small amount blood, provides all the analytes needed for analysis, eliminating the need for drawing larger tubes of blood and running different immunoassays for each analyte.”

“A lot of people only test for 17-hydroxyprogesterone, which is right before the blockage with the 21-hydroxylase,” says Dr. Mason. “If it’s classic 21-hydroxylase deficiency, it will be very high and you’ve got your diagnosis. But what if it’s not that? If you only ordered that specific test, you would have to test again to determine if it’s a 3-beta hydroxysteroid defect or something else.” In certain instances, a comprehensive panel may provide the additional information that is needed to avoid re-sticking the baby to draw more blood.  The availability of comprehensive test panels offers benefits to both clinicians and patients, notes Dr. Mason: “Theadvantage of ordering a test panel is that it provides important information if the CAH is not classic 21-hydroxylase deficiency.”

A single panel enables the differentiation between CAH and PCOS. This is important in cases of non-classic CAH, explains Dr. Mason. “If you don’t have 21-Hydroxylase Deficiency, but have a partial defect in 21-hyrdoxylase, whereby you're not making cortisol or not making enough of it, that’s called non-classic CAH. It may manifest itself in non-pediatric patients, resulting in irregular periods or other issues resulting from an increase in androgens, similar to those seen with PCOS.”

Presentation:
Mass Spectrometry as an Enabling Technology in the Clinical Laboratory