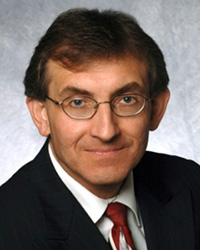 An estimated 1.5 million adults suffer from rheumatoid arthritis in the United States, with the incidence two to three times higher in women than men.1 It is a condition that significantly compromises quality of life, and can increase the risk of premature death.1 Early detection is critical to avoid the severe consequences of disease progression.

Extracellular 14-3-3η protein is a biomarker, recently shown to be associated with joint damage in rheumatoid arthritis and in psoriatic arthritis. Dr. Walter Maksymowych, Consultant Rheumatologist and Professor of Medicine, University of Alberta, describes the pathophysiology of 14-3-3η, and discusses its role in enhancing early diagnosis for patients with inflammatory arthritis.

The Challenge of Early Diagnosis

Dr. Maksymowych notes that one of the challenges in the field of inflammatory arthritis, especially at the primary care level, has been the limited number of diagnostic tests available. He notes that there is relatively limited training for primary care physicians with respect to the diagnostic evaluation of musculoskeletal diseases in general, and the identification of inflammatory joint disorders in particular, resulting in patients presenting with more advanced disease.

“Early diagnosis is particularly important because of the necessity for early and intensive intervention to prevent joint damage,” notes Dr. Maksymowych. “We want to capture patients at an early stage before there is evidence of joint damage.”

The current approach to diagnostic testing is based on diagnostic markers such as rheumatoid factor (RF) and anti-cyclic citrullinated peptide antibodies (anti-CCP). “The limitation of these tests,” says Dr. Maksymowych “is that they often identify overlapping groups of patients. We need to go beyond that group to those patients who are negative for these biomarkers, and expand the potential group of patients who can be detected using simple laboratory measures. Because training in recognition and critical evaluation of patients with musculoskeletal disorders is limited, we need additional diagnostic tools to capture this patient population that are also feasible in primary care.”

Early diagnosis for these patients is critical to limit the potentially severe consequences of disease progression. “There’s a substantial literature which shows that diagnostic delay results in worse outcomes, both functionally as well as radiographically,” says Dr. Maksymowych. “Patients are more likely to have significant joint damage, even with diagnostic delays as short as six to nine months. So, it’s incumbent on physicians to diagnose these patients early and to start them on disease modifying therapies early, as these have a major impact on disease progression.”

“What’s of particular interest,” he continues, “is that there is only one specific isoform - the eta (η) isoform – present in the extracellular fluid, specifically the synovial fluid, of patients with rheumatoid arthritis. It’s present in much higher quantities in synovial fluid than in peripheral serum but it’s still readily detectable in the peripheral serum of patients with rheumatoid arthritis. It’s also detectable in patients with erosive psoriatic arthritis.”2

“So this is quite an interesting protein that has not been previously linked in any way with rheumatoid arthritis but is present in abundant quantities in the synovial fluid, is clearly produced somewhere in the joint and can be measured in patient serum. We believe it’s being produced by synovial fibroblasts, and probably synovial macrophages, and is present in patients with inflammatory synovitis.  We also think it’s produced by the release from exosomes, and that it acts as an inflammatory mediator, for example in stimulating the production of metalloproteinases and in the production of various other proinflammatory cytokines.”

A new diagnostic tool is now available based on the detection of 14-3-3η.“There is an enzyme-linked immunosorbent assay (ELISA) that’s a highly reproducible test to detect the 14-3-3η protein in fairly small quantities,”3 notes Dr. Maksymowych. “

“I think that 14-3-3η is a test that should be viewed as a red flag in a patient with joint problems,” says Dr. Maksymowych. “If this, or any of the established tests, is positive in a patient with peripheral joint pain, that patient should be considered for further rheumatological evaluation. Similarly, the importance to the rheumatologist is that if the test is positive in a patient presenting with an undefined rheumatic disease with peripheral joint pain, the rheumatologist should be thinking about the possibility of rheumatoid arthritis and at the very least should have a further follow-up planned, even if no specific treatment measures need to be instituted immediately.”

Looking ahead Dr. Maksymowych highlights two unmet needs that need to be addressed. “The first one is in the very early disease setting. There is an unmet need to have a broader array of diagnostic tools in patients presenting with arthralgias, as opposed to clear-cut physical signs of synovitis.”

“The second major area is in patient assessment and prognosis. Patients destined to progress rapidly comprise an important sub-set, particularly those less likely to respond to disease modifying therapies such as methotrexate. We know that about two thirds of patients do very well on methotrexate, but a third do not and their disease progresses.  It would be helpful to understand who is more likely to progress on standard disease modifying therapies, and who is not. So, the identification of prognostic sub-groups is a very important unmet need and that’s where a lot of the testing with 14-3-3η is currently proceeding.”

Presentation:
14-3-3 eta Protein: A New Direction in the Early Diagnosis of Rheumatoid Arthritis

Presentation:
The Appropriate Use of Diagnostic Testing in the Management of Rheumatoid Arthritis

Expert Insight:
The Role of Interferon-Gamma Release Assays (IGRAs) in the Diagnosis of Tuberculosis