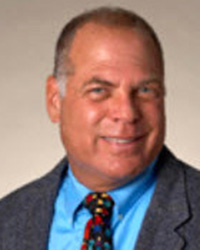 The use of maternal serum screening has become standard practice to identify women at risk of having a fetus with chromosomal abnormalities. Screening identifies 80%-90% of affected pregnancies but its specificity is very low – only 5% of those screened as positive actually have a fetus affected with an aneuploidy.

The Evolution of Prenatal Screening

“The paradigm for prenatal screening and testing has changed dramatically over the last 40 years”, says Dr. Strom. “We’ve moved from doing no screening at all to a situation today, where we can identify noninvasively the risk of aneuploidies with a high degree of accuracy.”

The identification of fetal alcohol syndrome was the first paradigm change, bringing an awareness of how behavior affects the fetus during pregnancy. The second paradigm change was the introduction of invasive prenatal diagnosis with amniocentesis for Down’s syndrome.

The limitation of this screening was that it was not very specific. “Sensitivity was reasonable - somewhere between 80% and 90% of aneuploidies detected,” says Dr. Strom, “but the specificity was poor – about 5%.  So you’d have to do invasive prenatal diagnostic procedures on 100 women to find 5 fetuses that actually had an abnormality.  This caused needless anxiety among the vast majority of women who had to go through this procedure, and sometimes the procedure itself could induce a miscarriage. No one was very happy with that state of affairs, which existed until very recently.”

A completely new approach to maternal serum screening was recently introduced, based on analyzing the fetus’s DNA, which is present in maternal circulation. “It’s clear that this works,” notes Dr. Strom. “It’s not just one person saying they can do it, it’s several different people in several different places, using several different techniques. The science has shown very quickly, that there is free-floating fetal DNA, that can be analyzed, and used to detect aneuploidies.”

Equally noteworthy is that this test has been accepted by professional organizations in just two years. “It’s really unprecedented in the history of genetics, that something has gone from the starting line to almost universal acceptance - by the American College of Obstetricians and Gynecologists, the American Society for Maternal Fetal Medicine, the National Society of Genetic Counselors, and the American College of Medical Genetics and Genomics”1, 2, 3 says Dr. Strom. “All have said that this is an appropriate test for those who are at high risk of having aneuploidies.”

A Complementary Test to Define Risk

Dr. Strom stresses that the new NIPT is not intended to replace maternal serum screening but is to be performed between maternal serum screening and an invasive diagnostic procedure. “Until recently, if your maternal serum screen indicated you were at high risk of having a child with Down’s syndrome, you would be relying on a test that has only a 5% positive rate. Now you can have the NIPT and it will tell you with >99% accuracy, that you don’t have a fetus with Down’s syndrome, and that you don’t need to have an invasive prenatal diagnostic procedure - that’s a sea change.4People are going to embrace it, because no one wants to have a needle stuck into their abdomen, they don’t want to put their pregnancy at risk of a miscarriage and they don’t want a wait of 8 -10 days to get the result of the amniocentesis. It’s been embraced very rapidly because patients want it, doctors want it and the science is there to support it.”

NIPT is not a diagnostic procedure, stresses Dr. Strom. “It doesn’t say you can’t possibly have a child with Down’s syndrome but that it’s really unlikely. Since you started out knowing nothing, and then you had a test that said you might be at high risk, this is very helpful. It puts you back in a low risk category – lower than when you first started.”

Four companies have developed new NIPT methods. Three companies have a test based on the concept of a z score and a quantitative technique, while one company, Natera, analyzes a single nucleotide polymorphism (SNP). Since April 1, 2013, Natera’s, Panorama™ Prenatal Test, has been offered by Quest Diagnostics. This test provides accurate screening results for Trisomy 21, 18, 13 and Monosomy X.

In discussing the differences between the test methodologies Dr. Scrum explains that published data show all tests have 99%, or higher, sensitivity for trisomy 21 (Down’s syndrome). “But one aspect of quantitative techniques is the phenomenon of sequencing bias,” he notes. “This means that, with shotgun sequencing, chromosomes 13 and 18 are underrepresented, because they have a higher GC-content. The analysis of chromosomes 13 and 18 is then much more difficult, because you don’t get an adequate sequence. Panorama is the only noninvasive prenatal test on the market that provides a > 99% sensitivity for not only trisomy 21, but also trisomies 13 and 18, excluding mosaic samples.

“The other important aspect of NIPT,” continues Dr. Strom “is that the accuracy of the test is dependent on what’s called the fetal fraction. The amount of free-floating fetal DNA in a mother’s circulation is variable - it can be as high as 20-30% or as low as 2-3%. Obviously, if the % of DNA is higher it’s easier to make a diagnosis, because the background is much less. It’s very important to have an accurate assessment of the fetal fraction so that you know how good your test is for that particular patient. The Natera test can go as low as 4% fetal fraction and still be able to make an accurate diagnosis.”

In December 2012, the American College of Obstetricians and Gynecologists (ACOG) issued a medical opinion stating that cell-free fetal DNA testing is one option that can be used as a primary screening test in women at increased risk of aneuploidy. Risk factors include advanced maternal age (35 years or older), a maternal serum screen indicating high risk, ultrasound abnormality and/or a history of prior pregnancy with a trisomy, or a parent carrying a balanced robertsonian translocation with increased risk of trisomy 13 or trisomy 21. ACOG also recommends physicians counsel patients on the limitations of these tests, including inability to confirm a pregnancy is not affected.1

“If my patient received a high risk NIPT result I would recommend they have an invasive diagnostic procedure,” says Dr. Strom. “If it was low risk I’d say they’re back to being a low risk patient. I couldn’t guarantee they’re not going to have a child with Down’s syndrome, but they should be reassured.”

“Ordinarily a woman in a high risk group would have two choices: to have an invasive prenatal diagnosis or to take a chance. Now there’s a third possibility: to have a NIPT and then make a decision on that basis. It’s increasing a woman’s ability to have a choice in what’s happening and it’s reducing the number of invasive procedures and their associated risk.”

In considering developments in prenatal screening Dr. Strom sees the new NIPT as just “the tip of the iceberg”. “Right now we can test for trisomies 13, 21 and 18,” he notes. “There’s every reason to believe that you can do the same for other severe abnormalities due to deletions, called microdeletion syndromes. Another possibility would be to test if the fetus has genetic disease, rather than having to perform prenatal screening on parents.”

“I think this is going to fundamentally change the way pregnancies are managed. Women are going to have less anxiety, we’re going to have more healthy babies, and it’s going to save the health care system money. It’s a win, win, win.”