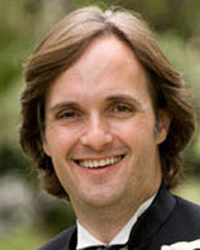 The National Institutes of Health are in the process of establishing a standardized approach for vitamin D Testing. This promises to improve the detection, evaluation, and treatment of vitamin D deficiency and insufficiency by making measurements of serum total 25-hydroxyvitamin D [25(OH)D] accurate and comparable over time, location, and laboratory procedure.1

The Rationale for Vitamin D Testing

The established reason for evaluating vitamin D levels is to prevent and treat osteoporosis. “Low vitamin D concentration can result in secondary hyperparathyroidism, leading to accelerated bone loss,” notes Dr. Clarke. “It’s linked to bone density, osteoporosis and osteomalacia. At the same time there is an increasing body of literature suggesting the potential role of vitamin D in relation to other morbidities, and therefore in relation to general health and wellness.”

Dr. Clarke believes everyone should be tested at least once to find out whether or not they’re vitamin D deficient. “I think most physicians would accept the need to have a baseline as a general wellness test. Depending upon the results, you and your patient can determine if vitamin D supplementation is appropriate.  If the test results indicate that your patient is vitamin D sufficient, you can discuss having a maintenance dose of over the counter vitamin D. People who are insufficient or deficient need to be treated more intensely. Those who are demonstrated to be vitamin D deficient will need to be followed through their course of treatment with a longitudinal vitamin D testing to demonstrate that their vitamin D level is rising to a level the physician feels is acceptable.”

Interestingly the recent publication of a systematic review and meta-analysis highlights that vitamin D supplementation alone does not prevent bone loss.2 This observation has fueled a debate surrounding the need for vitamin D supplementation. In the view of Dr. Clarke such assertions are incorrect. “People have mistakenly drawn the conclusion that you shouldn’t take vitamin D,” says Dr. Clarke, “But the study is only showing what happens if you take vitamin D and not calcium. vitamin D simply helps to absorb the calcium - if you don’t have the calcium in the first place no amount of vitamin D is going to help you.”

Tests traditionally used for vitamin D testing are direct immunoassays. “With these tests you don’t have any sort of separation of molecules that are similar to active vitamin D - you’re trying to measure 25-hydroxyvitamin D (25(OH)D) in the presence of other metabolites – at least 50 different metabolites from each” explains Dr. Clarke. “So to expect any single antibody to distinguish 100% 25(OH) D3 and 100% 25(OH) D2, while ignoring all the other, structurally similar forms is unrealistic. In addition, these tests do detect other things such as 24,25-dihydroxyvitamin D3.”

Furthermore, immunoassays provide the test result as a single number – total 25(OH)D and do not differentiate between D2 and D3 levels.

“Immunoassays typically don’t have 100% co-reactivity with D3 and D2,” notes Dr. Clarke. “They’re mostly raised against 25(OH) D3 but can have as low as 50% cross-reactivity with 25(OH) D2. This would result in a very low number for a person taking vitaminD2 supplementation, (the only pharmacological form available in the United States). So if someone with a very low 25(OH) D3 value is given a supplement of 50,000 IU of vitamin D2 they should end up with a very high 25(OH)D2 value and still a very low 25(OH)D3 value. If you then test them with an immunoassay it may pick up between 50% to 70% of 25(OH) D2, which would result in a lower total 25(OH)D number and the potential for over-medication.

There is also a problem when measuring low levels of vitamin D. “Immunoassays tend to run high at the low end,” says Dr. Clarke, “This could lead to under-medication or inadequate treatment for someone at risk of osteoporosis or osteomalacia. If, for example, a test indicates someone is insufficient when they’re actually significantly deficient they won’t be treated as aggressively as they should. Our analysis has that a significant proportion of patients measured by immunoassays were given an incorrect diagnosis, which could have led to under-treatment”

Another methodology developed more recently for measuring vitamin D is liquid chromatography–tandem mass spectrometry (LC/MS/MS). “A key difference between the LC/MS/MS technology and the traditional method is that LC/MS/MS measures the actual physical compound – the 25 hydroxyvitamin D molecule – as opposed to a surrogate flash of light or release of tracer. Immunoassays rely on measuring a surrogate vs. the actual active forms of 25(OH) D2 and 25(OH) D3, leading to greater inaccuracy in measurement and lower reproducibility of results vs. LC/MS/MS,” notes Dr. Clarke.

There are two main steps in the LC MS process, explains Dr. Clarke. “Liquid chromatography reduces the complexity of the sample, breaking it down into individual components. We separate 25(OH)D away from all the other compounds (including the vitamin D metabolites) in the sample, something which doesn’t occur in the immunoassay.”

This is followed by mass spectrometry, described by Dr. Clarke as an “exquisite set of scales”. “This allows you to measure molecules and actually get back structural information from them,” he continues. “You don’t just weigh 25(OH)D and assume it’s 25(OH)D because it has the right mass. You also cause that molecule to break into pieces and obtain information to confirm its structure. By knowing both its mass and structure I can guarantee that what I’m measuring is 25(OH)D3 or 25(OH)D2. I won’t mistakenly be measuring another metabolite because it will either have a different mass or a different structure.”

Since LC/MS/MS measures 25(OH)D3 and 25(OH)D2 separately, it provides results for both of these, in addition to total 25(OH)D. This differs from immunoassays which only report a single total number for 25(OH)D. The additional information can be helpful to a physician, to assess compliance by someone on vitamin D2 supplementation, for example. In certain cases following bariatric surgery there may be difficulty in absorbing vitamin D, so a measurement of 25(OH)D2 allows accurate titration of the dose.

Toward Standardization and Increased Reliability

Recognizing the greater accuracy and precision of LC/MS/MS in relation to immunoassay, the National Institute of Standards and Technology and the Centers for Disease Control and Prevention have adopted this technology as their reference method, establishing it as “the gold standard.” 3, 4 In addition, the NIH Office of Dietary Supplements is working with these groups to standardize the laboratory measurement of vitamin D status in national health surveysworldwide. This collaboration includes the creation in the CDC of the Vitamin D Standardization Coordinating Center.1 Laboratories meeting the standard will be certified and will continue to be monitored on a regularly basis.

The move to standardization and certification of laboratories for measuring vitamin D will ensure the wider availability of accurate, reliable testing. Access to tests that meet these standards will enable physicians to make an accurate diagnosis and recommend appropriate treatment for their patients.