Rheumatoid Arthritis and Psoriatic Arthritis: The Role of Laboratory Testing in Disease Management 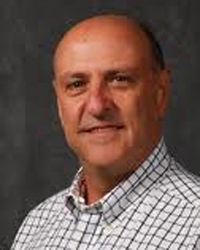 The diagnosis of rheumatoid arthritis (RA) and psoriatic arthritis (PsA) is primarily based on clinical criteria, but laboratory testing plays an important role in helping define the disease and manage therapy.

“When dealing with RA it’s important to remember that it’s more than just a joint disease – it’s a systemic illness,” says Dr. Bergman. “Most people think of it in terms of joints but the skin is involved, there’s oral and eye involvement, there’s pulmonary and cardiac involvement, and it’s associated with neuropathies, lymphomas, and hematologic abnormalities. So, it’s a major systemic disease, linked to increased mortality and morbidity: patients with RA are as likely as type 2 diabetics to have heart attacks and strokes, and there is a significant risk of lymphoma, even with moderate disease.”

“So, when a patient presents with aching joints,” continues Dr. Bergman, “it’s important we make a diagnosis to understand the underlying condition and to differentiate the type of arthritis involved.” The American College of Rheumatology (ACR) and European League Against Rheumatism (EULAR) have established diagnostic criteria for RA, which include both clinical and serologic studies. Recognizing that early therapeutic intervention improves clinical outcomes and reduces the potential for joint damage and disability, this classification system focuses on features of earlier stage disease that are associated with persistent and/or erosive disease.1

Typically, there are a series of blood tests ordered to help make a diagnosis, notes Dr. Bergman. “The first ones to look at are erythrocyte sedimentation rate (ESR) and C-reactive protein (CRP), but 40% of the time these are normal, so you can’t rely just on these. Usually, we supplement these by looking at other markers: rheumatoid factor (RF), and the anti-cyclic citrullinated peptide (anti-CCP) antibody or ACPA. These have a good positive rate but they’re still negative about a third of the time.”

A new test, based on the protein 14-3-3 eta (η), helps increase the accuracy of laboratory testing. “14-3-3η is a protein that’s produced intra-cellularly and in rheumatoid arthritis and erosive psoriatic arthritis extruded out of the cell, where it’s highly inflammatory,” explains Dr. Bergman. “When it comes in contact with cell surface receptors it turns on a number of well-known inflammatory pathways. This leads to gene transcription, the release of inflammatory components, marked inflammation and potential joint-destruction.”

A diagnostic test has been developed to measure 14-3-3η based on its role in stimulating inflammatory components. “If you just measure 14-3-3η in patients with early RA, it’s positive 61% of the time - so it’s positive at a very similar rate to CCP or RF,” notes Dr. Bergman. “But when you combine it with these tests you improve the numbers. In fact, if you combine 14-3-3η with a RF and an anti-CCP antibody you start getting positive rates among those with disease of around 81%. It has therefore become an important marker and a very interesting new way of making a diagnosis of RA serologically, and doing so early.”

RA treatment cannot begin until a patient has been screened for potential medication toxicities. “If we’re considering non-steroidal anti-inflammatories (NSAIDs) we want to perform a complete blood count (CBC), as well as creatinine and liver function tests,” says Dr. Bergman. “For methotrexate we look at the same tests as for NSAIDs, but we also screen for Hepatitis B (HBV) and Hepatitis C (HCV). With HBV screening it’s not sufficient just to check for surface antigen. You also have to check the surface antibody and the core antibody. There have been a number of cases reported of patients who were core antibody positive, who had very bad reactions to methotrexate or other oral disease-modifying anti-rheumatic drugs (DMARDs).”

Treatment with one of the biologic agents may also be considered. These include the tumor necrosis factor (TNF) inhibitors, as well as abatacept, rituximab, tocilizumab and topsinimib. “Each drug has its own toxicity and its own screening process,” notes Dr. Bergman. “For the anti-TNF’s, there’s very little in the way of recommended screening. Most people will screen for HBV, but that’s usually been done for methotrexate already. They can cause effects in the bone marrow, so most of us will check the CBC with differential (CBC/diff) but it’s not required. Likewise most people will check liver function because there’s a possibility with some of the anti-TNFs of it becoming elevated, but it’s not required.”

HBV and HCV screening is recommended for all the biologics and most people follow liver functions with abataceptand rituximab. For tocilizumab and tofacitinibliver functions have to be followed because they’re part of the toxicity profile, as well as a liver panel.

Tuberculosis (TB) testing is required before initiating therapy with any of the biologic agents due to the potential for TB reactivation. There are two different TB tests generally used. One is the skin test, the tuberculin skin test (TST)

or Mantoux test. “The advantage of the skin test is that it’s easy and it’s cheap,” says Dr. Bergman, “but it has certain drawbacks. You have to see the patient within 2-3 days after administering it, and if the patient has been given BCG, you get false positives.”

“The newer tests are the interferon gamma release assays (IGRAs) of which the most common is the QuantiFERON® -TB Gold In-Tube (QFT-G). This works on the principle that when you stimulate a T-cell, that’s been previously exposed to TB, it causes the release of interferon gamma. The beauty of this is that it’s a blood test, so you don’t have to see the patient again. Equally important is that if a patient’s been exposed to BCG it should be negative. You should remember, however, that just because a patient’s negative, doesn’t mean they don’t have latent TB. You should always keep in mind that, while it’s reassuring, it doesn’t define negativity.”

For the most part, monitoring disease activity is based on clinical grounds not on blood testing, with the exception of ESR/CRP. Testing is, however, required to monitor drug toxicity and is determined by the profile of the drug involved. For the DMARDs - methotrexate, sulfasalazine, leflunomide – the recommendations are to check CBC, liver functions and creatinine, within the first 2 – 4 weeks, if treatment duration is less than 3 months. If patients have been on therapy for 3 – 6 months, testing should initially be every 8 -12 weeks, and then every 12 weeks if they’re stable.

For the anti-TNFs and abatacept there is no recommendation for monitoring blood work, while with rituximab the recommendation is to check the CBC/diff before each infusion and then every 2 – 4 months between doses, because of its potential effect on the bone marrow. Tocilizumab and tofacitinib do have effects on the bone marrow, so after the first treatment there should be a follow-up CBC/diff after about 4 – 8 weeks and then every 3 months after that.

“Psoriatic arthritis (PsA) is a different disease from RA with different manifestations,” notes Dr. Bergman. “Depending on which definition you use, there are now considered to be 4 different types of PsA. For diagnosis, laboratory testing is primarily used as an exclusion, usually based on the presence of a negative RF. Gladmanet al however found RF could be present in up to 15% of PsA patients 2, 3, which could be expected given that this is a chronic inflammatory state.”

“So, while you’re assessing the patient on clinical grounds,” continues Dr. Bergman, “you want to make sure you’re reliably excluding sero-negative rheumatoids, and you’re reliably including people who are RF positive. So, we order laboratory tests - a RF and anti-CCP – and some people also order HLA B27, because this particular gene is seen in excess in patients with PsA. But it’s only positive 43% of the time in actual disease and only 11% with peripheral disease.  So, this is another place where 14-3-3η may have a role to play, particularly if a patient has skin problems and arthralgia, but doesn’t necessarily have evident joint swelling. The patient is complaining of aching and you’re wondering whether this is PsA or just psoriasis with some aching. This is a case where, if they’re positive for 14-3-3η, you would tend to determine they have joint-involvement, because of this relationship between 14-3-3η and joint damage. It’s a good place to consider using 14-3-3η to differentiate PsA from skin-only psoriasis.”

Since the same drugs are generally used for treating PsA as RA the screening and monitoring recommendations are the same as for RA.

A Defined Role for Laboratory Testing

“Additionally laboratory testing plays a crucial role in screening for and monitoring medication toxicity. Many of the drug toxicities that patients develop will go undetected unless you’re performing blood tests. You have to be constantly vigilant - you can’t just test once in a while and then forget about it. These medications, although very effective, have the potential for real toxicities. You have to keep an eye on them all the time.”

Presentation:
Laboratory Testing in the Diagnosis and Management of Rheumatoid Arthritis (RA) and Psoriatic Arthritis (PsA)

Presentation:
14-3-3 eta Protein: A New Direction in the Early Diagnosis of Rheumatoid Arthritis