Proton-pump Inhibitors - A Strategy For Reducing Inappropriate Use 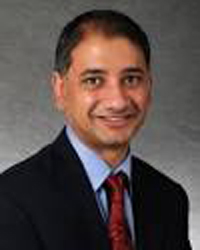 Proton-pump inhibitors (PPIs) are the leading therapy for upper gastrointestinal disorders, but their overutilization and inappropriate use is exposing patients to a range of potential risks.1

Dr. Aamir Ali, Assistant Professor of Medicine, George Washington University, discusses the growing concern about inappropriate PPI use and explains why PPI prescribing should be combined with a H. pylori test and treat strategy.

“The main concern about PPI therapy is that it is often prescribed in the setting of dyspepsia, without a work-up being performed to determine the underlying cause of the patient's symptoms,” notes Dr. Ali.  “In addition, once a prescription is written it's often refilled multiple times.” Another concern is that, since PPIs are also available over-the-counter, in many cases their use may not be supervised by a physician.

Long-term PPI use, however, can result in a phenomenon called rebound acid hypersecretion, which occurs when a patient suddenly stops taking the medication after extended use. The amount of acid produced following abrupt cessation is actually higher than before the medication was started, which can lead to worsening of symptoms. As a result, patients often put themselves back on the medication or request that the physician refill the prescription.

Because the prescription of proton pump inhibitors is very often open-ended, it's especially important to evaluate whether the patient needs them in the first place, says Dr. Ali. “It's also important to look for any underlying cause of the patient's symptoms, which, if treated and resolved, would prevent the need for any long-term medication.”

A related concern is inappropriate use, notes Dr. Ali. “At least one study of PPI prescribing patterns has found that two-thirds of the time, PPI’s were being prescribed without a proper indication.2 So, it’s clearly cause for concern that not only are these medications often being used without a solid indication, but that once we put patients on these medications, they tend to remain on them for a long period of time.”

There are also financial consequences to inappropriate PPI usage. “Total expenditure on proton pump inhibitors in the United States is about $10 billion annually. If these medications are being prescribed without sufficient or appropriate indication the majority of the time, that represents a substantial, avoidable cost.”3

Common side effects of long-term PPI use are an increased risk of fractures, and an increased risk of Clostridium difficile infection.4 PPIs can also affect the absorption of various electrolytes and nutrients.  Vitamin B12 and magnesium levels can be low in patients on long-term PPIs. Low magnesium levels can result in an increased risk of cardiac arrhythmia.5 There's also the possibility of interaction with various commonly used medications. It’s been shown that PPIs, when given concomitantly with clopidogrel, reduced the effectiveness of clopidogrel, increasing the potential for a cardiac event.  For this reason, the package insert for clopidogrel warns against using it concomitantly with omeprazole or esomeprazole, which are commonly prescribed proton pump inhibitors.6

“All this underlines that inappropriate prescription and an open-ended usage of PPIs is not without consequence.  It can result in various complications, some of which can be quite severe,” says Dr. Ali.

One approach to reduce inappropriate PPI use is the adoption of recommendations for H. pylori diagnosis and treatment. “H. pylori is commonly suspected when a patient presents with dyspepsia,” explains Dr. Ali. “If patients under age 55 present with this complaint and don’t have any alarm signs, the recommendation is that they should be tested for H. pylori.”7-8 If the test is positive and treatment is completed, these patients should be retested to confirm whether successful eradication has been accomplished.”

“The American College of Gastroenterology and the American Gastroenterological Association, endorse the approach of test, treat, and retest to confirm eradication for patients who are younger than age 55 and have no alarm signs,” continues Dr. Ali.7-8 “The recommended method of testing is to use a test of active infection, either H. pylori stool antigen or H. pylori urea breath test. H. pylori stool antigen has high sensitivity and specificity. As it involves only submitting a stool specimen, it is easy to administer use and patient compliance is high. No special set up is required of the laboratory to perform this test, and of the available tests of active infection, the stool antigen test is the most cost effective. The H. pylori urea breath test is also highly sensitive and specific. It involves the patient drinking a test solution after a fast. Breath samples are collected and analyzed thereafter. The other available test is serology but this is an antibody test, which shows if an individual has been exposed to H. pylori, but not whether they have active infection. Since the serology remains positive for many years, even though the infection has not been chronically established or has been eradicated, the positive predictive value of a serology test is only about 50%. In contrast, with a sensitivity of 95% or higher, the positive predictive value of the active infection tests is very high, and the rate of false positives is minimal.”

If the test for active infection is positive, treatment is offered for H. pylori.  This usually consists of two antibiotics and an acid reducing medication typically given for two weeks. While PPI’s are a part of the triple therapy for H. pylori, their use in this scenario is limited to a two week course. A month after completion of therapy, re-testing is recommended to confirm whether successful eradication has been accomplished. “Re-testing should also be with an active infection test,” says Dr. Ali. “Again, serology has no indication in that situation because serology will stay positive even if successful eradication has occurred. Tests for active infection tell us whether there is remaining infection or not, which is significant given the potential for antibiotic resistance. We know that eradication is not achieved in about 30% of patients – these individuals need to be identified, so that they can be targeted for retreatment, and retesting allows us to do that.”

The Importance of Identifying H. Pylori Before PPI Prescribing

It is recommended that testing for H. Pylori is performed before prescribing a PPI. “Once you prescribe a PPI, there is high potential the patient will be on it for the long term.  So, given the prevalence of H. pylori in patients with dyspepsia, it is recommended to test for H. pylori first. If that's negative, they can be started on the PPI.  If they're positive and treated, but the symptoms persist, they can then be started on a PPI.  But in the population of dyspeptic patients, given the prevalence of H. pylori in the United States, the appropriate progression would be to test, treat, retest, and then consider a PPI if symptoms persist.”

“So, while H. pylori has a role in dyspepsia, it's also an organism that causes problems beyond dyspepsia,” concludes Dr. Ali. “When we test for it, and identify it, we can also prevent those illnesses. If you identify H. pylori in someone who's coming in with abdominal discomfort and treat it, you're also reducing the risk of gastric cancer in that patient long-term.”