Next Generation Immunohistochemistry: A Window onto the Molecular Alterations in Tumors 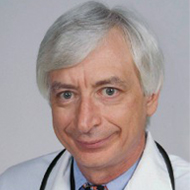 There has been growing evidence over recent years of the health benefits of Vitamin D. Yet there remains uncertainty, even confusion, about the appropriate level of dietary intake of Vitamin D.  A clinical practice guideline (CPG) recently published by The Endocrine Society1, seeks to resolve any uncertainty among physicians by providing recommendations for the evaluation, treatment, and prevention of Vitamin D deficiency. Vitamin D deficiency is defined as a 25(OH)D of less than 20 ng/ml, and Vitamin D insufficiency is defined as a 25(OH)D of 21–29 ng/ml1.

A fundamental issue the guideline addresses is the extent to which Vitamin D deficiency is a major health concern, explains Dr. Michael F. Holick, Professor of Medicine, Physiology and Biophysics at Boston University School of Medicine and Chair of the task force that developed the CPG. “After reviewing the evidence-based literature the practice guideline committee concluded that a minimum of around 30% of children and adults in the U.S. are Vitamin D deficient1. This is consistent with what the CDC has reported, based on a definition of deficiency as a blood level of circulating 25-hydroxyvitaminD [25(OH)D] at less than 20 ng/ml.”

“But if you take into account the vagaries of the assay typically used, and the literature, which is quite supportive of other health benefits of Vitamin D, most people should be above 30 ng/ml. By that measure probably more than 50% of children and adults in the U.S. are at risk for Vitamin D deficiency or insufficiency.” states Dr. Holick.

The new guideline recommends screening for individuals at risk for Vitamin D deficiency. These include pregnant and lactating women, African-American and Hispanic children and adults, older adults with a history of falls, older adults with a history of nontraumatic fractures and obese children and adults (BMI >30 kg/m2).  Indications for those at risk include rickets, osteomalacia, osteoporosis, chronic kidney disease, malabsorption syndromes, hyperparathyroidism, granuloma-forming disorders and patients taking certain medications1.

Methods for testing include radioimmunoassay, high-performance liquid chromatography or liquid chromatography tandem mass spectrometry (LC/MS/MS). The antibody assays are typically used for screening but, as Dr. Holick observes, they have confounding issues. “Firstly, they don’t only measure 25(OH)D but they also measure other Vitamin D metabolites of blood,including 24, 25-Dihydroxyvitamin D. This means there’s interference - you're not getting a true blood level.” For this reason the guideline recommends targeting a 25(OH)D value higher than current cut point of 30 ng/ml1.

The second issue is that in the U.S. the only pharmaceutical form available to doctors is Vitamin D2 and many immunoassays do not recognize 25(OH)D2 as well as 25(OH)D3. As Dr. Holick explains, “If you’re treating your patient with Vitamin D2 and you don’t see an increase in their level, you will think the patient either isn’t compliant or they can’t absorb it. But the possible answer is that the assay is not detecting it.”

Per Dr. Holick, “The LC/MS/MS takes all the mystery out of the testing because it only detects 25(OH)D and more importantly it can separate 25(OH)D2 from 25(OH)D3. What’s very nice about this test is that it enables doctors prescribing Vitamin D to know if their patients are compliant and whether they are absorbing the medication.”

Dr. Holick stresses it is important to understand that the goal of the new guideline is to establish a basis for treating all patients. In this respect it differs from the recommendations of the Institute of Medicine (IOM), whose goal was to satisfy the Vitamin D requirement in the proportion of the population that is not Vitamin D deficient. “The committee concluded that to guarantee 100%, with no evidence of Vitamin D deficiency bone disease, a circulating blood level of 30 ng/ml is required.”

The above recommendations are intended to maximize bone health and muscle function, and reduce the risk of fractures and falls. Vitamin D supplementation is not currently recommended to prevent cardiovascular disease or death, or to improve the quality of life1.

There is, however, mounting evidence of the additional health benefits provided by Vitamin D, including a reduced risk of common cancers, autoimmune diseases, type 2 diabetes, cardiovascular disease, and infectious diseases1.

While there remains a need for randomized clinical trials to demonstrate additional health benefits, Dr. Holick draws attention to the conclusion of the committee: there is no downside to increasing Vitamin D intake in most children and adults1.